Australia’s first woman to get a pilot’s licence

Who was the first female pilot in Australia?

Many people assume that the first woman to fly rose up in the 1930s, linking the accomplishment to famous names like Amelia Earhart, Chubbie Miller and Nancy Bird Walton. Before these ladies entered aviation, another woman opened the way to the skies – Millicent Maude Bryant. She became the first woman to gain a pilot’s licence in Australia in 1927, and the first in the Commonwealth outside Britain. 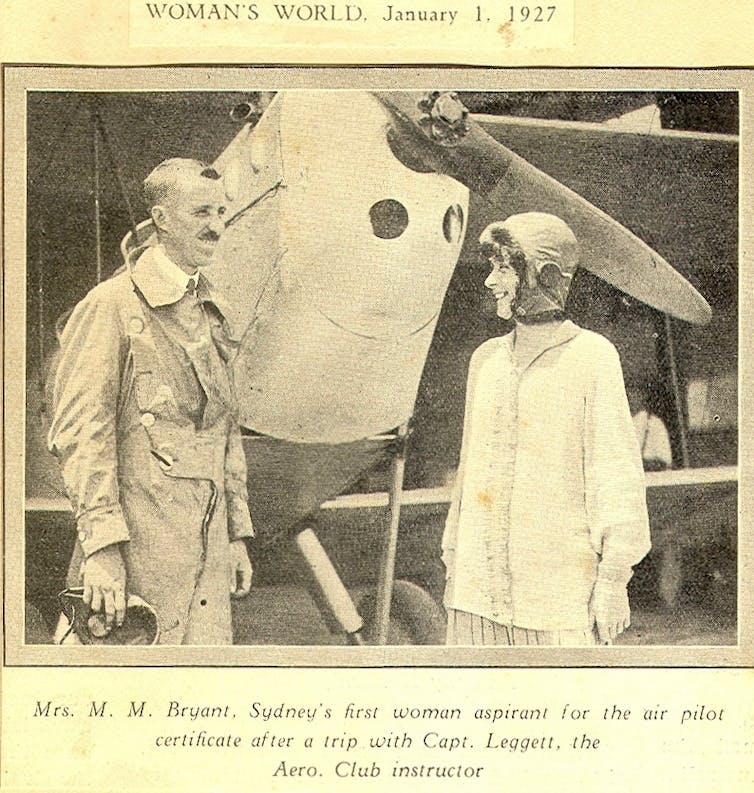 Millicent Bryant was born at Oberon in 1878 and grew up in Western New South Wales. Her family, the Harveys moved to Manly for a period where she met and married a public servant 15 years her senior, Edward Bryant. The couple had three children but separated not long before Edward passed away in 1926.

Later in that same year, Bryant began training with the Australian Aero Club at Mascot in Sydney which at the time was a small club with a few buildings and hangars. She was accepted by the Aero Club’s chief instructor soon after the club opened its membership to women. The 49-year-old mother of three quickly progressed ahead of two other young female students and made her first solo flight in February 1927. 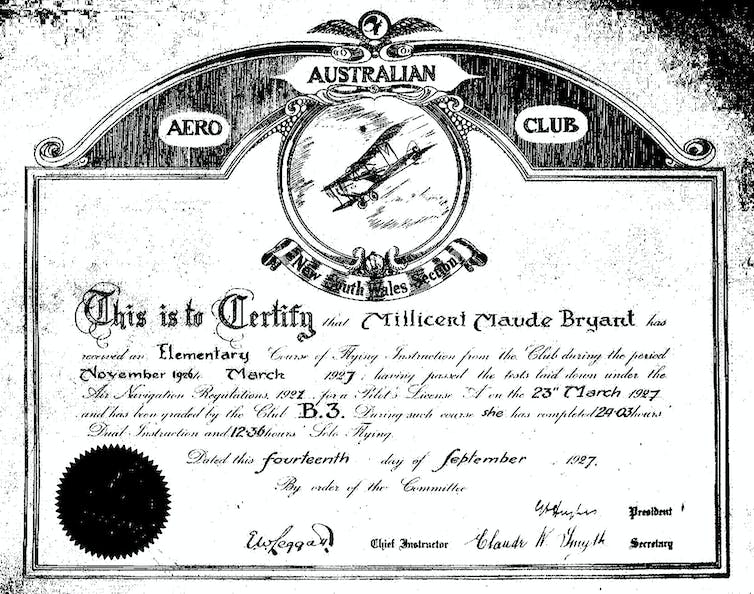 By this time the whole country was following her story and in March she took the test for the “A” licence that would enable her to independently fly De Havilland Moth biplanes. After passing this test, she was issued her licence by the Ministry of Defence and thus, became the first woman to gain a pilot’s licence in Australia.

Why is she not well known?

Bryant immediately begun training for a licence to carry passengers and flew regularly in the months that followed her becoming a licenced pilot. However, she was unlucky enough to step onto the Sydney ferry Greycliffe on its regular 4.14pm run to Watson’s Bay on November 3 1927. 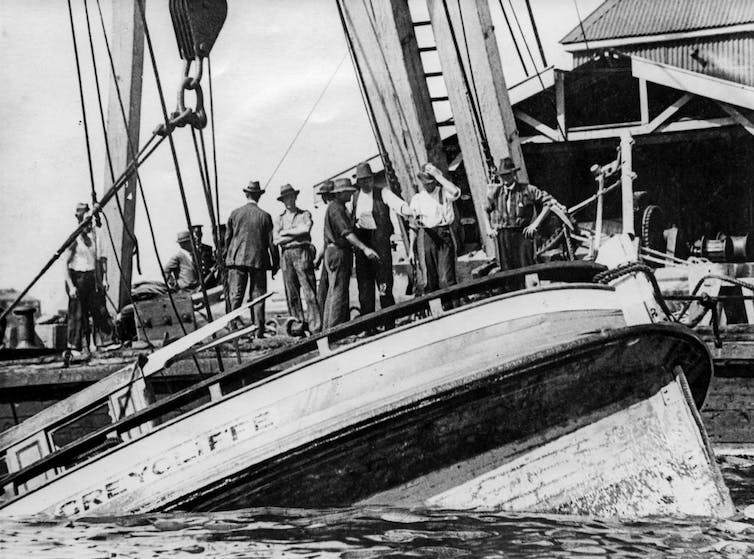 Less than an hour later, she was among 40 dead after the ferry was cut in half off Bradley’s Head by the mail steamer Tahiti. This was Sydney’s worst peacetime maritime disaster. Her funeral was two days later and was attended by hundreds of people. The Wellington Times reported that for the sombre event:

Five aeroplanes from the Mascot aerodrome flew over the procession as it wended its way to the cemetery. As the burial service was read by the Rev. A. R. Ebbs, rector of St. Matthew’s, Manly, one of the planes descended to within about 150 feet of the grave, and there was dropped from it a wreath of red carnations and blue delphiniums … Attached to the floral tribute was a card bearing the following inscription:

5th November, 1927. With the deepest sympathy of the committee and members of the Australian Aero Club — N.S.W. section.

Pioneer of life as well as in aviation

Bryant’s story was quickly forgotten, however, some 80 years later the rediscovery in the family of a collection of letters and other writings has enabled Bryant’s life beyond her flying achievement to be rediscovered. These letters are held by Bryant’s granddaughter who rediscovered them in storage at her home and will be added to the collection of Bryant’s papers in the National Library.

Her letters mainly cover a conversation with her second son John, who was in England at the time. However, these letters reveal a lot more about Bryant herself, her feelings, leisure, business and political activities. Such personal transcripts show Bryant to be a striving pioneer in all areas of life, challenging the current status quo.

Bryant was an entrepreneur, working in a partnership with her son, who went on to become a pioneer of the Australian dairy industry. She also opened a men’s clothing business in Sydney’s CBD named Chesterfield Men’s Mercery. However, disaster struck when it was inundated with water mere weeks after opening, following a fire in the tea rooms upstairs.

Following this Bryant became a small-scale property developer, buying and building on land in Vaucluse and Edgecliffe and as an early motorist, she drove over 35,000 miles around NSW and could fix her own car.

Growing up in the NSW inland late in the 19th century, Bryant most likely was brought up with a traditional view of the roles of a wife and mother in society. However, her early life was also “free-spirited” (as one newspaper described her upbringing) and her determination to make decisions and shape her own life put her on a collision course with gender role expectations common at the time.